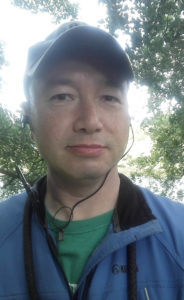 Coin Tales is run by Mark Cross. I first saw bitcoin mentioned on slashdot.org. My next journey was to start mining bitcoin which by joining a mining pool it was possible to mine a single bitcoin each month in 2012.

Historicaly I joined bitcointalk in 2011. Do note that Bitcointalk.org is still the campfire where new blockchains tend be announced.

I started programming in assembler for Z80 on the Sinclair ZX81 and the 6502 on the BBC Model B early computers in the early eighties. After a few years at Art College I returned to computer science at Plymouth University where I unknowingly broke a record for an assembler assignment using fewer lines of code!

In 1993 I started my first real job in the industry at Grey Matter advising software engineers on software tools they could use to solve particular problems. My proudest achievement was introducing commercial Linux software development tools in to the UK in 1997. Worse moment missing out on Redhat’s IPO by a week.

Towards the end of my time at Grey Matter I had been working on a dot com start-up and published the first directory of UK Web sites as a magazine and got National wholesale distribution. The web site had 150,000 visitors a month and the company floated for £3M on AIM in London.

Latterly in corporate life I worked for a small .Net and Sage Account Development doing technical sales and sys admin.

Iconic One Theme | Powered by Wordpress